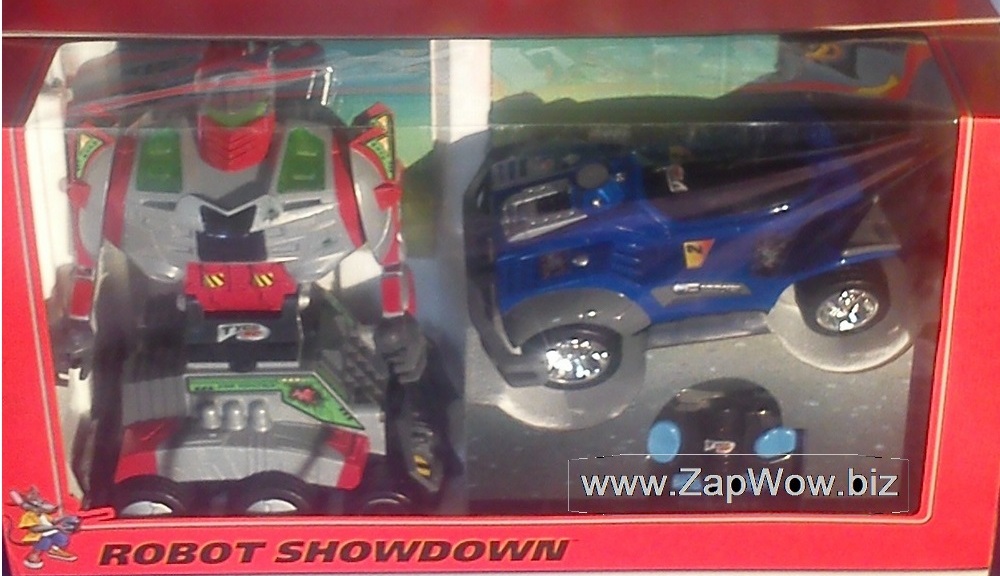 How often do you get to see a car and a robot fight to the death in real life? Well now you can! Via a time warp from the turn of the century this is the totally awesome outstanding Robot Showdown currently on offer from our eBay listings 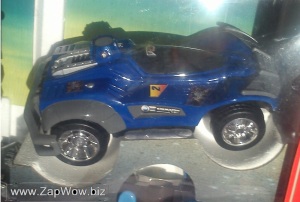 What can I say? There is a large robot, a car, a remote control and a showdown! It’s classic vintage and you may never see another one

Description:
The robot features some amazing infrared tracking technology, so it can pursue the car from as far away as 12 feet! You are in control driving the race car in the ultimate survival race. The robot tries to win the game by hitting the car three times and flipping it over.

#winner
The only chance is to evade the robot long enough until it loses power. When it does, the car can chase the robot down, hit him and win the race!

See this and other fun Toys, Sci Fi, TV and Film stuff on our eBay listings or come and say hi  @ZapWow in the twittersphere 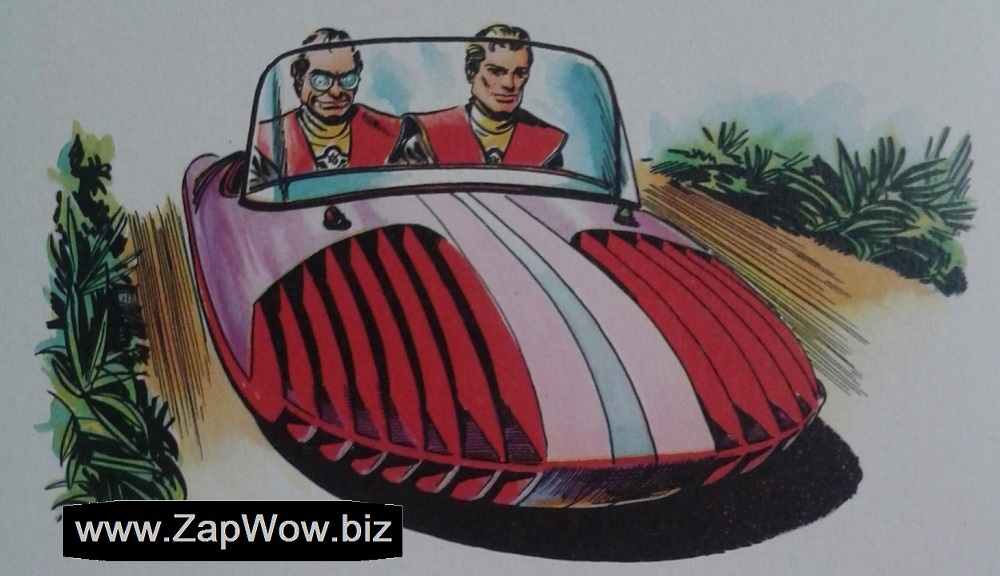 Colonel Steve Zodiac flew around the universe in Fireball XL5 with star dust in his eyes and Venus at his side. All that eye-rubbing and nose blowing must have been slightly distracting. This excellent annual was published 1966 for 1967 by Collins 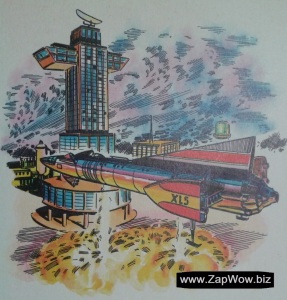 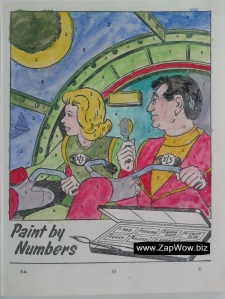 Fireball XL5
Gerry and Sylvia Anderson produced almost 40 episodes of Steve’s adventures with Venus. She was the daughter of the actual Commander of the World Space Patrol … and Steve’s girlfriend.

These gripping sci fi episodes ran between 1962 and 1963. Steve not only had a cool Zen-like AI robot (inexplicably named Robbie), a mighty XL5 space ship and a beautiful girlfriend … but the whole of space was his playground!

Absolutely charming mid-century sci fi artwork and stories set in 2062. We sold this 92 page book of vintage space excitement from our eBay listings in 2014 for just £30!
Description: cover and pages in excellent condition with no damage or tears. A little normal yellowing to the pages but no foxing – a couple of the activities carefully completed and previous owner’s name written inside

What does Wikipedia know?
First transmitted on ATV on Sunday 28 October 1962. While developing his new show, Anderson thought a brand of motor oil—Castrol XL—had an interesting sound. A phonetic change created the name “Fireball XL”, with the “-5” added as the title seemed a bit flat without the numeral

The show featured the Andersons’ Supermarionation, a form of puppetry first introduced in Four Feather Falls (1960) and Supercar (1961) and used again in their subsequent productions such as Stingray and Captain Scarlet. Thirty-nine black and white half-hour episodes of Fireball XL5 were made on 35mm film: all future Anderson series were produced in colour 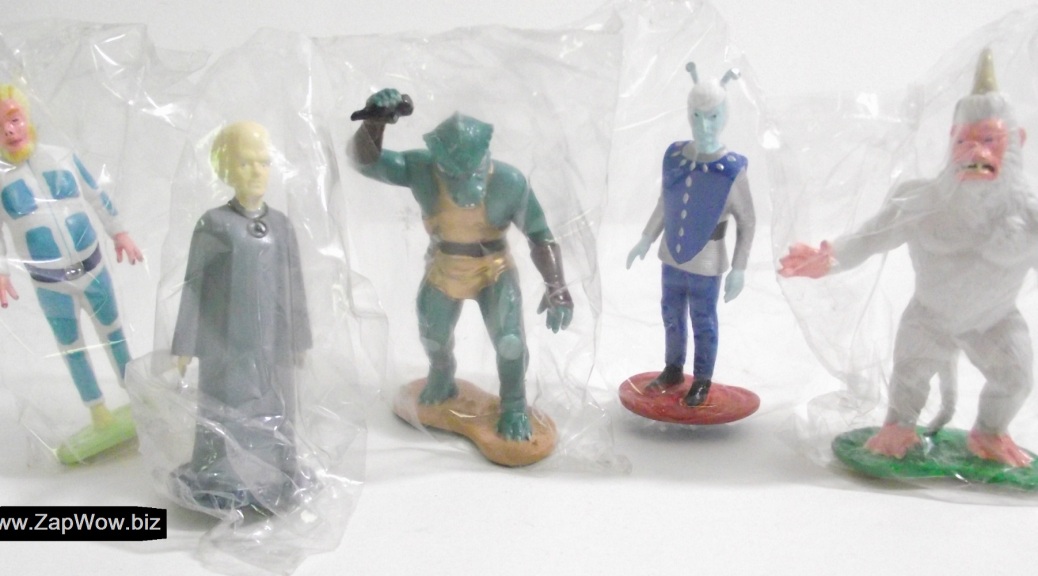 So what’s the point of Star Trek anyway? Well apart from being a totally cool and major piece of Sci Fi history here are Ten 10 ‘Star Trek’ Technologies That Actually Came True

These excellent 4″ action figures are not unlike a window through time and space to 1966 California. Produced in 1991 by “Star Trek Presents” a division of Hamilton Gifts under license from Paramount Pictures 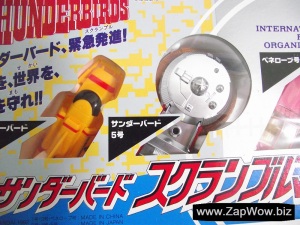 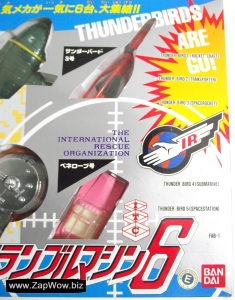 Dan Dare doesn’t really mean too much now but back in the day he was the man. In a world that had only recently seen the development of jet engines Dan Dare was the 1950s story of an everyday spaceman set in the late 1990s. He was the “Pilot of the future” 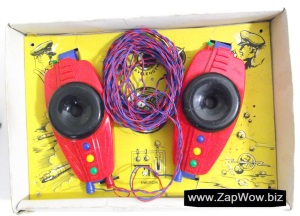 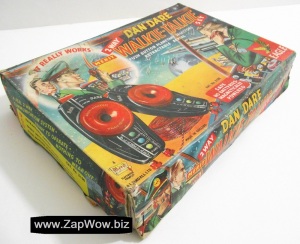 This historic Sci Fi set comprises of two red walkie talkie units with blue, yellow and green press buttons plus retractable aerials, a length of connection wire with three end connectors (should be four) two of which should fit into each unit

Set is in excellent condition, the units are 5″ tall, near mint and appear to be little used

Recently sold for £140 from our eBay listings where we have many other TV, Film, Sci Fi and vintage items available

Aww these awesome little guys always make me laugh. Cool vintage items from way back when and looking pretty much like some sort of prehistoric punk rock band. Currently for sale from our eBay listings 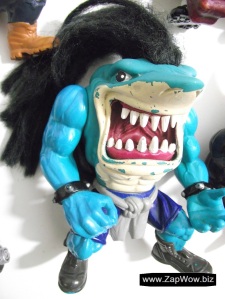 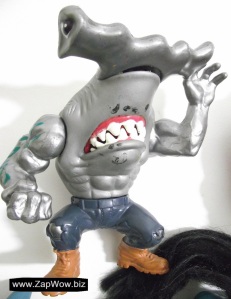 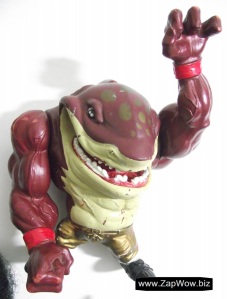 The five classic figures are:
Moby Lick is also a water pistol! The water comes from his blow hole.
Rox with the locks
Moto Streex with skates
Jab the Hammerhead Shark
Big Slammu with glow in the dark teeth, moving mouth and thumping action arm

What does Wikipedia know?
Street Sharks was an American-Canadian animated television series about crime-fighting half-man/half-sharks. It was produced by DIC Entertainment and aired from 1994 to 1997 in three series

Standing at around 15cm these five awesome action figures are undamaged but a little battle worn. There are condition issues regarding paint and play wear. The Hammerhead shark Jab has some felt pen marks around his mouth. Moby Lick has an articulated tongue that’s slightly split on the underside. Party on shark dudes 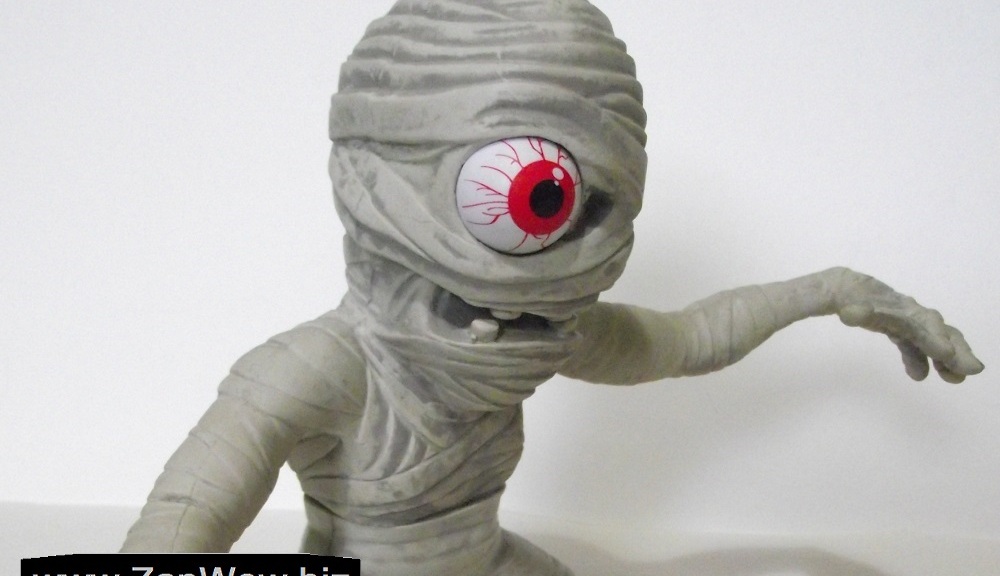 He’s a 9″ tall stretchy screaming mummy that just won’t give up! 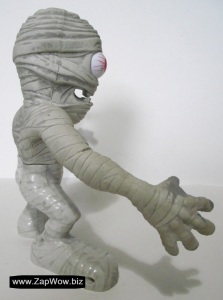 Welcome to our ZapWow blog. Pics and info about cool vintage, classic toys we're selling and the weird and fun stuff we've sold

Find our Sci Fi, TV and Film toys and other items on eBay via ZapWow.biz

© ZapWow and ZapWowHQ, 2014 to date. Unauthorized use and/or duplication of text or photographic material without express and written permission from this blog’s author and/or owner is strictly prohibited. Excerpts and links may be used, provided that full and clear credit is given to ZapWow and ZapWowHQ with appropriate and specific direction to the original content.
%d bloggers like this: